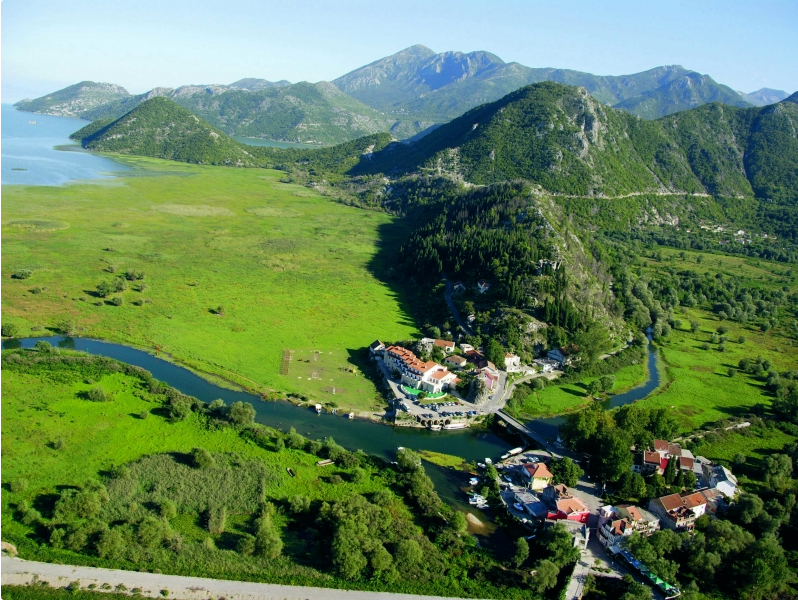 VIRPAZAR a tiny town, gathered around a square and a river blanketed with water lilies serves as the main gateway to Lake Skadar National Park. It is a small settlement which belongs to municipality of Bar and is located in the heart of Crmnica region, a fertile region with a climate favorable for growing vines, olives and all other fruits and vegetables, only 15 kilometers from the sea. The old part of Virpazar is interconnected via bridges on the Oraovstica and Virstica rivers, after which this settlement used to be called "a town on three bridges".The first mention of ( Vir ) Virpazar dates back to 13th century. In those times, a settlement was established near a river whirlpool, where people used to come on small river boats to visit the local market. It may be a small speck on the map now, but it was once considered so strategically important that the occupying Turks built a large fortress on the hill looming above the village. After their downfall, Virpazar became an important trading town (pazar means marketplace) with a lively port. In the early 1900s, it was connected to Bar by Montenegro’s first narrow-gauge railway. In the mid-19th century, the settlement started getting its urban characteristics. When a dock was constructed in 1905, Virpazar became the most important port on Lake Skadar.  It was also the site of one of the country’s first significant uprisings against Axis invaders in WWII. Two reminders of its bloody past still stand in – and over – the town.

During the summer tourist season,Virpazar is visited by many tourists who are mostly lovers of nature, national parks and protected areas.

In the urban part of Virpazar there are several restaurants with traditional cuisine where one can try a wide variety of specialties of fish from Lake Skadar and taste the famous wines of Montenegro, Crmnički Vranac and brandy. Virpazar is also a starting point for most of the excursions by boat on Lake Skadar. 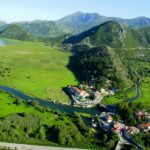 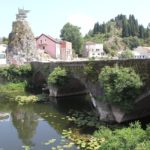 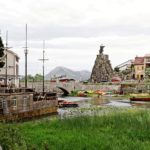 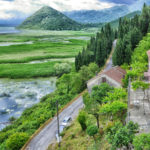 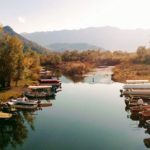