Shells add to each meal the smell and taste of the sea, sun and relaxation. Whether the shells are light or dark, shellfish dishes are not only very tasty but also visually impressive.

"Sea farmers" are responsible for the cultivation of oysters, and it takes a few years before shellfish reach the tables around the world. When the shell is properly opened, the award is a special delicacy that has been appreciated since ancient times.

The Romans valued these fascinating sea creatures so much that they brought them from faraway places to cultivate them in protected coves. Because of them they fought with the Bretons, and the Greeks used them as a ballot, then crushed them, and used their dust as an aphrodisiac. Shells also entered the history as the most frequent topic of Casanova's memoirs. In some other chronicles, it was written that Balzac divided food into "ordinary food" and "sacred food", and only oysters belonged to the latter, according to the great artist. Anecdote says that Balzac ate ​​at least one oyster a day because he saw them as a source of inspiration, and once, he had eaten 365 oysters during one meal “for the year to be fruitful".

Today oysters are the most important seafood in the category of luxury foods and are purchased from farms located in shallow coastal waters of the Atlantic Ocean, Pacific Ocean and Mediterranean.

A number of such farms are also located in Boka Bay. These farms are one of the first shellfish farms of oysters and mussles in Montenegro (Kotor), built on the principles of sustainable development, which also gives the possibility of a natural system of purification that is clean and healthy organic food from the water close to several permanent freshwater sources. They have also implemented HACCP standards to ensure customer safety and confidence in quality of their products. With them, Montenegro has finally got its new brand - the Montenegrin Oyster.

If we add that each shell has a different taste, the invitation to enjoy the magic of shellfish dishes should be justified.

That's why we warmly invite you to enjoy Mussel and Oyster tour with us:

The speedboat captain has the right to cancel, change, shorten or abort the tour at any time if safety of the passengers is at risk in case of bad weather.

Additional information: Oysters and Mussels Degustation can be combined with any other tour adding an additional hour to that tour or tailoring it to guests wishes. 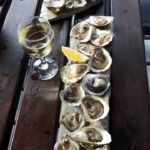 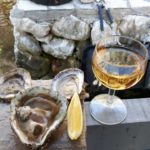 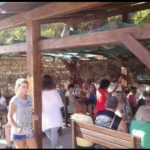 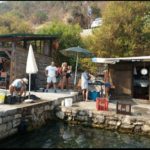 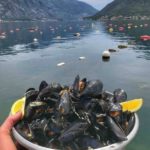 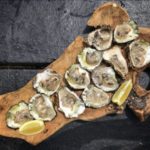