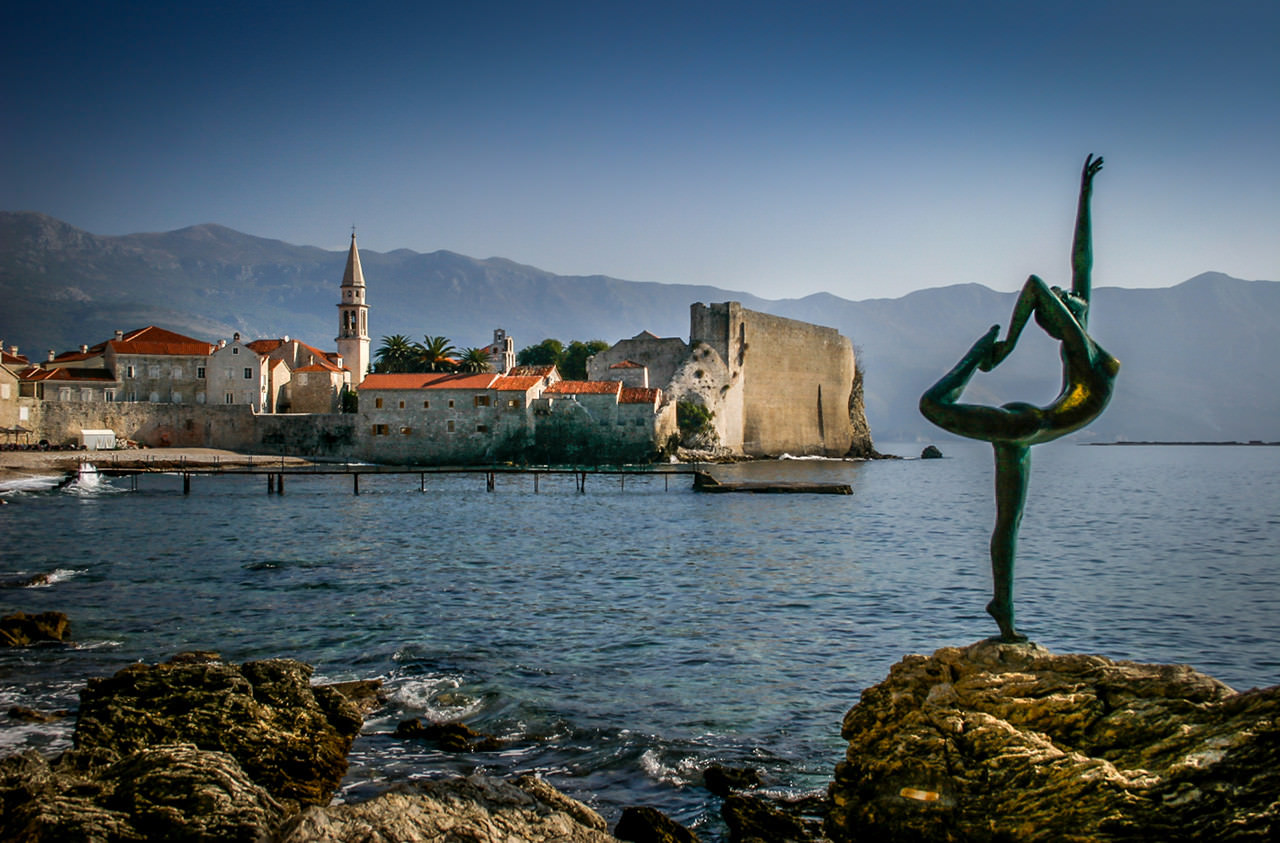 BUDVA an ancient town that lies on a small peninsula hides a rich historical past. Budva is mentioned for the first time in the 5 century BC, in the work of Sophocles. A legend has been preserved from the Illyriarn period of Budva being founded by the Phoenician hero Kadmo who, exiled from Thebes, found shelter in Budva and settled there with his wife Harmony. More than one civilization has left traces of its existence in these parts. At the time of the Roman domination Budva used to have an urban character. From the early Christian, Slav period, the remnants of a basilica with mosaics from the end of 5th and the beginning of 6thcentury were discovered. In the 9thcentury, the town was the seat of a bishopric of the state of Duklja. The church of Santa Maria in Punta dates back to those times (840). During its history, Budva was under the rule of the Byzantine Empire, the rulers of Duklja, the Nemanjići and, later, of the Balšic and Crnojević. From 1442 to 1797 Budva was a part of the Venetian Republic and, since then, with short interruptions, it was a part of Austria, until 1918, when it became a part of Montenegro.Budva’s Old Town is a Venetian maze of cobblestone streets, anchored by the 15th century citadel. Among its most famous culturally historical monuments we can count in: the Church of Sveti Jovan (St. Jovan- VII century), the Church Santa Maria from Punta 840 A.D., the Church of SvetoTrojstvo (St. Trinity-1804),Sv. Bogorodica and St. Sava etc.

The urbanization of the Old Town took place toward the end of the 15h century, at the time the town walls were erected. The life in the town was regulated by the Statute which is a testimony of its independence through the ages. It received its present-day appearance after the earthquake in 1667. The urban structure of Budva consists of narrow, winding streets and small squares -piazzetas. The roofs are tiled, which is a characteristic of the Mediterranean architecture.
The Citadel, the town fortress on the rocky elevation is in the southern part of the Old Town. The fortress has been destroyed and rebuilt many times. It received its present-day appearance in the first half of the 19h century, at the time of the Austrian rule. Today, the summer festival "Theater Town" is held at the fortress and Budva has become Montenegro’s busiest tourist destination.

SVETI STEFAN is a tiny island situated just off the Montenegrin coast and it used to be a fishing village. It was built in the 15h century on a small, rocky island, as a shelter of the local citizens running away from the Turkish invasion. The town-fortress was built by the rich booty the Paštrović people took in their attacks on the Turkish ships in Jaz. The settlement was named after the church devoted to St Stephen (Sveti Stefan), located on the most prominent cliff. Beside this, there are two more churches. For more than four centuries, Sveti Stefan has been the center of the Paštrović commune and, since it was the place where decisions were made and justice was dispensed, it used to be called the "seat of justice". The island itself is very small, connected to the mainland only by a narrow bridge, with the stone houses tightly packed together on top of the rocks. Today, it’s a luxury resort and many celebrities have visited the island. . The impressive originality of the island's architecture contributes to its uncommon beauty and appearance. 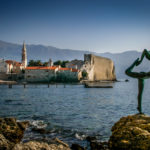 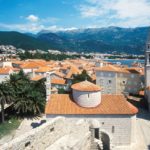 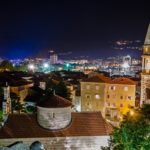 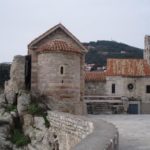 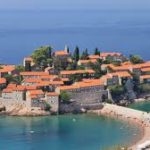 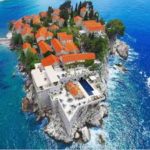