Famous for the iridescent blue that’s reflected throughout the cave, the Blue Cave is one of Montenegros most popular attractions. The Blue Cave on Lustica Peninsula is one of the must-see attractions while you’re on the coast. The cave is the largest of many caves both above and under the water on Lustica Peninsula.  It’s called the Blue Cave because the way the light hits the sandy bottom and reflects up through the water make the whole cave look blue. It’s very beautiful and it’s a lucky quirk because almost all of the coast here is rocky, not sandy. You can see the blue light shining out of the cave when you approach, but to really see it you’ve got to go inside and get underwater. You can only get to the cave by boat. The Blue Cave is impressive and similar to other Blue Caves around the world - you enter it by boat and can see the beautifully illuminated water, seemingly from the bottom of the sea. 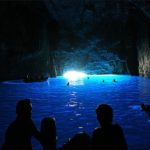 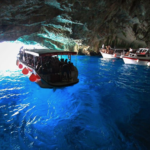 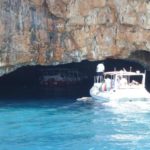 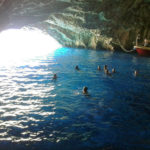 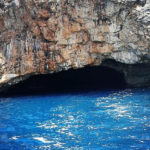